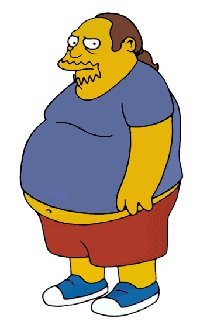 Back in February 2008, this blog arguably hit its peak (/me weeps). I was still a bit of a noob web developer and I cringe when I see some of my older code, but it's back then when I wrote 9 Signs Not to Hire THAT Web Guy. The post blew up the internet, being featured on the Reddit homepage, Digg homepage, and even got featured (picked by Kevin Rose) on Diggnation. It was an incredibly proud time and the post adequately depicted the type of webmaster that no one should hire.

Times have changed but that simply means that the ... qualities ... we look for in ruling out a developer ... have changed. Here are today's nine signs that you shouldn't hire THAT web guy.

iOS-based devices and Android devices dominate the mobile market share and use WebKit-based browsers, as do their native-wrapped HTML5 apps. That has led developers to exclusively use -webkit- prefixes in the mobile code, ignoring the fact that Opera, Mozilla, and Internet Explorer have a growing internet presence. It's the equivalent of coding only for Internet Explorer back in the 4, 5, and 6 days. Mozilla has unprefixed most CSS properties so as long as you're using standard CSS you'll be fine, but it still pays off to use -moz- prefixes for edge properties. The important thing to remember is that there's more to mobile than WebKit, and the upcoming Firefox OS launch will prove that (if Firefox for Android hasn't already).

I've given dozens of technical interviews over the past few years and it becomes apparent quite quickly if the candidate is a knower of a framework or a developer that knows JavaScript -- two vastly different stories. I'll ask something as simple as "How do you get the child nodes of an given element," almost spelling out the answer, and I'll hear something like "I use the children() method." Not good enough.

Tools like RequireJS and curlJS make JavaScript module loading so easy that there really isn't much of an excuse to not write modular code. If your site only uses a bit of JS, that's fine, but there's no point in creating massive .js files out of laziness or lack of skill.

Very few websites and web applications are desktop-only, so clients should expect their modern-day designs to be, at the very least, presentable on mobile devices. Media queries are so easy to use and implement that there's no excuse not to use a few of them to modify structure and content display. The mobile display of this site took little effort and looks great, so why shouldn't every dev do so?

Knowing "HTML5" is the equivalent of yesteryear's "Web 2.0" . HTML5 is somewhat of a marketing term and a blanket statement that you know HTML5 is probably a sign that...you may not know its components. Press anyone claiming to know HTML5, asking them about specific APIs. Don't know much? Don't hire THAT web guy!

They Don't Use Feature Detection

Every seasoned developer knows that using UA sniffing can bite you in the ass but even worse is not using feature detection in the first place, simply assuming that all browsers have the given feature. Or not backing up your CSS properties with browsers prefixes. THAT type of web guy will get you in trouble quick.

They Include Unnecessary Libraries

JavaScript libraries and micro-libraries are incredibly useful but oftentimes incredibly overused. If I had a dollar for every time I've seen jQuery within a page for just the purpose of a quick animation or a bit of DOM use, I'd be a millionaire. I'll also see all of Modernizr included for one feature test, when simply grabbing the code for that test will do. That type of laziness bloats the page and executes loads of unnecessary processing.

iPhone ands iPads weren't the original mobile devices but they were the first to take off, so for a short time they were all you really needed to account for. Unfortunately THAT web guy is still living in the past, while Android and Firefox OS devices are becoming more and more popular.

They Think HTML Apps are a Fad

THAT web guy still thinks that HTML-based apps are a fad and that PhoneGap is the only route to making them. Enter Firefox OS and the numerous other web OS' hitting the market. If it works in your browser it will work on the new OS', so a negative HTML app attitude will get you in trouble in a hurry.

While the definition of THAT web guy has changed over the years, you can always spot him. Be on the look out -- this dude can put you down the wrong path in a heartbeat!