Did you know you can triple-heart things on CodePen? We’ve had that little not-so-hidden feature forever. You can click that little heart button on any Pen (or Project, Collection, or Post) on CodePen to show the creator a little love, but you can click it again and again to heart it just that little bit more. That’s useful for a couple of reasons. It gets calculated into the algorithms-that-be for popularity, and also, you can see items you’ve loved at the different levels.

In perusing mine recently, along with the fact that our Top Hearted to 2018 recently dropped, had me thinking I should do another post about my personal favorites! Here they are!

See the Pen Bob Ross Doing the Floss, Like a Boss (Pure CSS) by Steve Gardner (@ste-vg) on CodePen.

I remember my painting professor in college wore a t-shirt that said “Art is dead.” with the born/died dates of Bob Ross on it. Dude was a legend of PBS. Steve Gardner nails the happy positivity of Bob making him to the do the cheezy dance that defines the 2010’s. I also recently learned that ol’ Bob was probably also popular at least in part to him being so good for ASMR, a rather strange tingly calming phenomenon that has gotten extra big on YouTube lately.

As much as I love all the artistic exploration on CodePen (and I lovvve it), the performance-focused, layout-loving, front-end developer nerd in me really likes technology exploration Pens like this one by Eric Portis. <img intrinsicsize> is a brand new HTML attribute that is starting to ship experimentally that has the power and potential to solve image loading jankiness, which is a big damn deal if you ask me.

See the Pen Flexbox One Column Switch by Heydon (@heydon) on CodePen.

And speaking of layout loving exploration, Heydon Pickering recently published a damn interesting technique with flexbox where a row of items can instantly flip from a horizontal row to a vertical row at the pixel width of the parent element you want (rather than rely on a document level media query). So like a very basic element query, which everyone wants. It works by either having the widths of the elements effectively 0, and allowing them to grow to fill the horizontal row, or a super large number forcing each element onto a new line, making a vertical row. If you want to peak at how the sizing is calculated, I’d encourage you to peak in the Firefox DevTools to see.

Julia Muzafarova does absolutely outstanding animated scenes with an amazing amount of care and detail. This one is great because it’s so many different scenes in one! But it’s so hard to pick a favorite so definitely go browse her profile for others.

Yuan Chuan is always so impressive to me, first because they are so prolific (so many demos!), and second because they basically invented a way to fuel that prolific nature: the <css-doodle /> web component!  It’s essentially a meta language combining styling information and custom functions that help out with that styling. The results, with so little code, are always striking.

In a conversation with Dan Wilson a little bit ago, we were talking about how cool filter is, but it’s weird how you can’t use the powers of filter for background images. Say you want to grayscale a background, but not grayscale the whole element (which might do things like turn your blue links gray). You can kinda pull it off with using a pseudo element like a background. There is another perhaps even cleaner way, and that’s using background-blend-mode and multiple background images. If grayscale is what you are after, you could use a color blend mode on an image sitting over a flat black color.

Dan Wilson got even more explorative in this Pen, with layering images, gradients, and colors and allowing someone playing around with this to change the colors and blending applied.

See the Pen SVG Marching Ants by Maxim Leyzerovich (@round) on CodePen.

I think this classic UI pattern is a fascinating thing to try to pull off on the web. Typically “marching ants” is something you’d see in like Photoshop when selecting a part of an image. Less so a UI pattern on the web. But here Maxim Leyzerovich pulls it off using some very simple but deceptively clever styles. There is little things in here like needing to double the width of the outside stroke to deal with the fact that strokes straddle the lines they create and so when you use coordinates like 0,0, you’re going to face half that stoke being cut off.

What are some of your favorites? 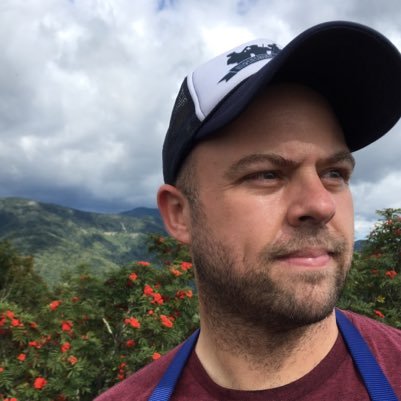