Popular:
The Truth About Production Testing
Building Resilient Systems on AWS: Learn how to design and implement a resilient, highly available, fault-tolerant infrastructure on AWS.

The Truth About Production Testing

Testing on production environments is something you must do but really, really would prefer not to do, right?  You can do some incredible damage in a short amount of time if you aren't careful, and when things do run smoothly, you think to yourself "Why even take the risk?  I should just do this on the staging server and call it a day!"  Well, you can't get around automated and manual testing on production, and this image seems to represent what it feels like to do testing on production: 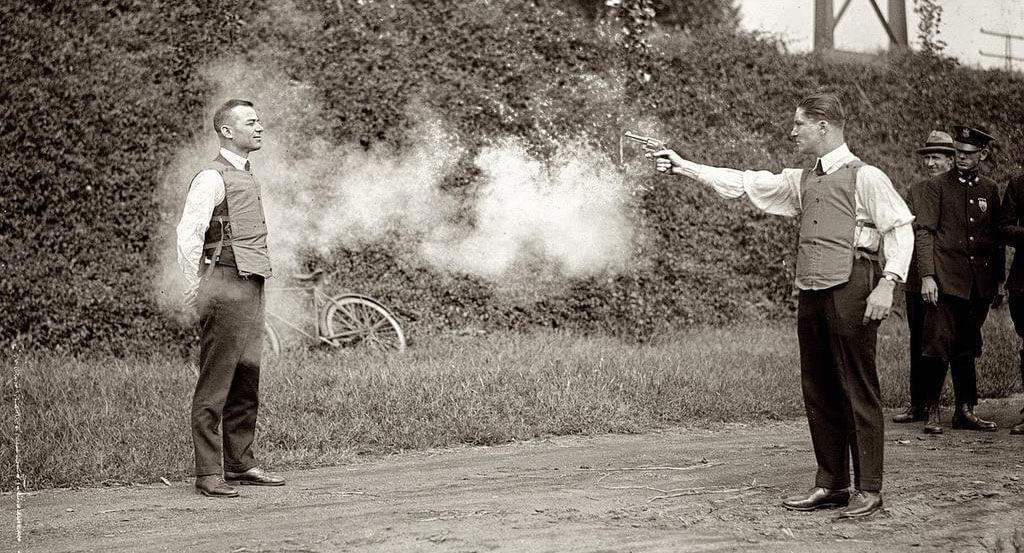 That's the first bulletproof vests being tested ... on a living human being.  If you don't see the parallel between that photo and production testing, you don't have a sense of humor.  Tread lightly when testing on production, people:  you could end up shooting yourself down quickly!