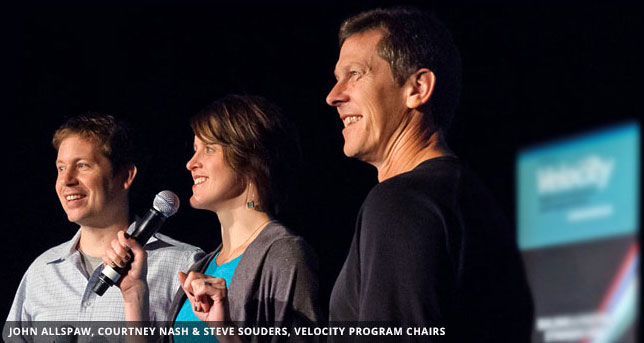 A few months back, O'Reilly was awesome enough to throw me two tickets to giveaway for the upcoming O'Reilly Velocity Conference, the popular front-end performance event in Santa Clara, CA, US from June 24th-26th.  People seemed pretty excited about the giveaway and loads of people entered to win.  O'Reilly noticed that and decided to give me one more ticket to give away.  Excellent!

Since I'm giving you something, you need to give me something too.  So...want to win the last golden ticket to O'Reilly Velocity Conference?  Post a comment below containing a small front-end performance trick you've learned.  It could be an optimized loop, a CSS efficiency, or anything else.

So teach me something and you may win a ticket to Velocity!  Good luck!

If you'd like to sign up and not risk winning the free ticket, use discount code AFF20 and this link.