Popular:
Resize an Image Using Canvas, Drag and Drop and the File API
Building Resilient Systems on AWS: Learn how to design and implement a resilient, highly available, fault-tolerant infrastructure on AWS.

Resize an Image Using Canvas, Drag and Drop and the File API

It's a massive honor to have Tom "Trenkavision" Trenka write a guest post for this blog. Tom was one of the original contributors of the Dojo Toolkit and my mentor at SitePen. I've seen his genius first hand and he's always the first one to foresee issues with a potential solution. He also thinks outside the box, coming up with unconventional but reliable solutions to edge case problems. This is a perfect example.

Recently I was asked to create a user interface that allows someone to upload an image to a server (among other things) so that it could be used in the various web sites my company provides to its clients. Normally this would be an easy task—create a form with a File input, let someone navigate to the image in question on their computer, and upload it using multipart/form-data as the enctype in the form tag. Simple enough, right? In fact, there's a simple enough example right on this site.

What is the Canvas?

The Canvas is a DOM element, added in HTML5, that allows a user to draw graphics directly in a page, usually through JavaScript. It is different from specifications such as SVG or VML in that it is a raster API as opposed to a vector API; think of it as the difference between drawing something using Adobe Illustrator (vector graphics) and working with something using Adobe Photoshop (raster).

Among the things a canvas can do is read and render images, and allow you to manipulate that image data using JavaScript. There are many articles out there that show you some of the basics of image manipulation—the majority them focusing on various image filtering techniques—but we just need to be able to resize our image to a certain specification, and a canvas can do that no problem.

Say our requirements are to ensure that an image is no taller than, say, 100 pixels no matter what the original height was. Here's the basic code to do this:

Here's what that example does:

From there, you can use the toDataURL method of the Canvas API to get a Base 64-encoded version of the image to do with what you will.

But Wait...How Do We Get that Image in the First Place?

Well Padawan, I'm glad you asked. You can't use the File Input for that; the only information you can get from that element is the path to the file someone chose. You could use that path information to try to load that image, but that technique is unreliable across browsers. So instead, we'll use the HTML5 File API to read a file off someone's disk, and use that as the source.

What is the File API?

The new File API is a way of reading and listing files on a user's local disk without violating any kind of security sandbox—so that a malicious website can't, say, write a virus to a user's disk. The object we're going is use is the FileReader, which will allow a developer to read (in various ways) the contents of a file.

Assuming we know the path to the image in question, using FileReader to load the contents and render it using the code above is pretty easy to do:

What we are doing here is creating a FileReader object, adding a handler to the onload method to do something with the results, and then reading the file contents. Pretty simple, right?

But How Do You Get that File?

Silly rabbit, be patient! Of course that is our next step. There's a number of ways to do that; for instance, you could have a simple text input to make someone enter a path to an object, but obviously most people are not developers, and would not have a real clue as to how to do that properly. To make it easy on our users, we'll use the Drag and Drop API...

Using the Drag and Drop API

The Drag and Drop API is very simple—it consists of a set of DOM events carried by most DOM elements, to which you attach handler functions. We want to let a user take a file from somewhere on their disk, drag it onto an element, and do something with it. Here's our setup:

This is pretty simple:

Now there are other things we can do, such as add some kind of preview of the Image. But most of this seems useless without being able to save the resized image. For that, we'll use Ajax to do an HTTP POST of the image data. The next example uses the Dojo Toolkit's Request module, but you can use any typical Ajax technique you'd like (we're assuming DTK 1.9.x for this example):

We use the toDataURL of the Canvas API to get our Base64-encoded version of our image; note the encodeURIComponent method wrapping it. Some Ajax APIs will do this for you, but it is better to be safe than sorry.

That's it! That's all you need to create an intuitive user interface that allows you to control the size of an image and post it to a server without needing complex multi-part handlers on your server! 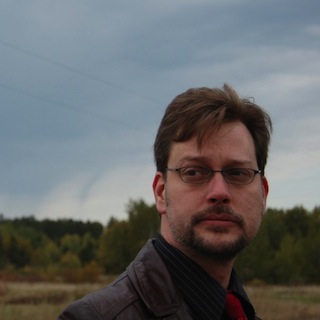 Tom Trenka is a software developer, expert musician and many other things based in Saint Paul, Minnesota. Former lead of the DojoX project for the Dojo Toolkit and one of the original contributors, he's a Senior Software Developer at Ai Media Group, where he writes complex data analysis applications.