Utilize tooling that harnesses the power of Webpack with ease of simple presets to quickly start JavaScript projects, all without upfront configuration.

Taking the plunge into starting a new JS project often brings along a significant effort into preparing your environment prior to starting development on the project. Many developers have a preference for using cutting-edge features and modern tooling workflows to make the process enjoyable. Unfortunately, this approach can often have quite a bit of learning curve as people spend time researching best practices, following complex configuration tutorials, and experimenting with boilerplates. What if we could take the work that the community has put into configuring their own projects, and capture that into shareable packages that anyone can use? This is why we created Neutrino.

Neutrino is a tool that combines the build and configuration power of Webpack and bolts on the capability to build JavaScript-based projects with presets. A preset is the fundamental building block of Neutrino. With it you can supplement a project with a number of features including how it is compiled, ensuring code quality, and even quickly add testing. By breaking up configuration into composable units we can foster an ecosystem where customizing a project becomes plug and play.

To get an idea of how easy it is to get started with Neutrino, I'll walk through creating a couple simple projects.

Note: In the upcoming examples I am using the Yarn package manager for installing dependencies and creating scripts. This is only my personal preference, and you are free to use the npm client if you desire.

Wait, you can use Neutrino to build Node.js apps?

To get started with our first Neutrino-based Node.js project, we are going to be using neutrino-preset-node. According to its documentation it enables:

First up, we need a directory to start working from. From your terminal, create a new directory and change into it. Then we are going to install neutrino and neutrino-preset-node as development dependencies.

By default the Node.js preset looks for source code in a src directory, with the main entry point being index.js. Let's create this file and edit it, just with a simple HTTP server that echoes whatever we send to it.

Next, let's add a couple scripts to our package.json which will give us some easy commands to start and build our app:

We are ready to start our app! Using yarn serve in one terminal, and curl in another, we can see our code in action:

No upfront cost needed to start your project with a completely modern toolchain.

Okay, I'll admit that was simple enough. But certainly a complex environment like React needs more than this, right?

For fun, let's just change this project from Node.js to React. According to the Neutrino documentation, the React preset features:

Our package.json commands need to be changed to use the React preset now:

Instead of creating a Node.js server, let's render some content to a web app. By convention our preset allows us to mount our application at ID “root”:

Back to the terminal, and we can start up our app, and load it up in the browser:

Hopefully that demonstrates how simple it is to get up and running with a new React project! If you aren't working with React for your web project, consider using neutrino-preset-web for other libraries or generic web applications.

Neutrino makes it simple to compose multiple presets together. To demonstrate, let's add a linting preset which will conform our project to the Airbnb style guide. Install neutrino-preset-airbnb-base:

To reduce some repetition, we are going to take advantage of a Neutrino feature which will pull from an array of presets in our package.json. This saves us from having to name all the presets we want to use for every command. Remove the presets from the script commands and move them to config.presets.

Note: neutrino-preset-airbnb-base needs to be loaded before our React preset according to the documentation.

If we modify our code and introduce something in violation of the preset, we are clearly notified in the console:

Let's quickly add a simple Jest test, because why not? The Neutrino preset neutrino-preset-jest uses a convention of a test directory, with some expectations on file extensions:

Let's write a quick test which verifies a function correctly performs simple addition, which we will shortly create:

Now our addition module in src/add.js:

Edit the package.json once more, adding the Jest preset to our list, along with a command to run tests:

If we had made a mistake writing our addition module and accidentally used multiplication:

This would have caused the test to fail:

One of the great features of Neutrino is that you don't have to trade simplicity for lock-in or lack of extensibility. By following the documentation you can supplement your project build process with additional features that don't come with your preset. If you find you use these features or changes across multiple projects, you can roll that into your own preset, and share it with your team and the community!

Making Neutrino into the tool it is today has been a lot of hard work, but we hope you enjoy it. Try it in your projects, give feedback, create your own presets, and share with others. We want to see everyone be successful with Neutrino.

If you would like to get involved with development or documentation, please visit the contributing section of the docs for complete details, or visit our GitHub repo. 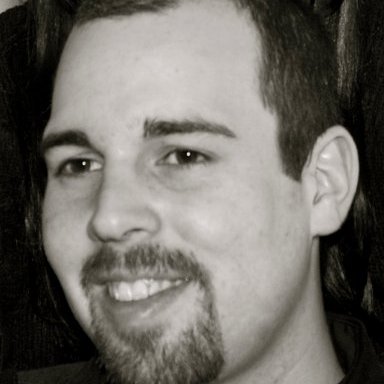 Eli Perelman is a JavaScript and Node.js Obsessionalist™, currently working on web tooling for Mozilla's Release & Productivity team. In his spare time he enjoys working on open source and experimenting with electronic music production. Child of the '90s web. Skeptic.