Popular:
Devising the Cloak of Invisibility in JavaScript
Building Resilient Systems on AWS: Learn how to design and implement a resilient, highly available, fault-tolerant infrastructure on AWS.

Devising the Cloak of Invisibility in JavaScript

Steganography. The art of hiding something right under your nose. For as long as humans have been alive, we’ve been trying to hide things — whether it’s our last slice of pizza or the location of a buried treasure. Do you remember the cool invisible lemon ink trick, where we’d write the secret message with lemon and heat the paper to reveal the grand secret? Well, that is what Steganography is, in a nutshell, allowing us to easily conceal messages just by hiding their existence.

In the early 1900s, German spies infiltrated the citizens of France in the name of trade. Their motives, however, were to observe the details of the French defense system and to aid the Germans to invade France. The cleverly designed French defense system maintained utmost confidentiality even amongst each region, making it difficult for one spy to gather all the information. This required multiple spies to gather information from each region and together design their game plan. The meeting place must be communicated only on that very day for high security but how was it supposed to reach all the regions within a day? They chose the newspaper, fast but a very insecure public channel! But the Germans already thought of that.They published the secret meeting spot in the weather report for the day.

Now in the age of information, the most important place for communication is the internet. Messaging apps like messenger, Whatsapp, iMessage, and Social media like Twitter, Facebook, Instagram. How can we apply the same problem here and solve it now? Well, we could start with zero-width ‌characters.

’Copy me‌‌‌‌‌‘- paste this quote in https://www.textmagic.com/free-tools/unicode-detector to see the ZWCs hiding right in front of you the whole time.

Zero Width Characters are non-printing characters, a part of the Unicode table. As the name suggests they don’t even show their presence. They are used to enable line wrapping in long words, joining emojis, combining two characters into a ligature, keeping them from joining, etc.

These characters have increasingly found their way in text-hiding, their complete invisibility being a remarkable selling point. They cannot be blocked as they are integral in multiple languages and emojis. And it also turns out that ZWCs aren’t the only characters which are invisible, eg. Invisible separator — U+2063.

One small problem with this table tho! Gmail blocks U+200B ( Zero width space ). Not to mention, Twitter is known for blacklisting unnecessary invisible characters, none of the characters in the table except U+200C, U+200D and U+180e works. So we now have three characters!

Oh, wait, U+180e is not invisible and renders weirdly on iOS devices. We are now down to only 2 characters.

What if the intruder somehow detects the presence of the hidden characters and tries to brute force the truth table to crack the secret out.

This is where Kerckhoff’s principle comes in:

An ideal cryptosystem should be secure even if everything about the system is exposed to the public except the secret key.

Therefore we need some sort of a key to lock our secrets. For this a password-based key generation function can be used to yield a strong key which in turn is used to encrypt our messages. AES-CTR stream cipher with a random IV and salt can be used to encrypt the hidden secret as it has an added advantage of not requiring padding unlike block ciphers as it increases the length of the message.

Now given we're doing so much with encryption, we definitely need the maximum compression possible.

As you can see, even though we had six ZWC characters only 4 were used as 6 is not a power of 2.The two extra characters (U+2063, U+2064) could be used to do an additional layer of abstracted Huffman compression reducing redundancy. After the secret has been converted to ZWCs, the two most repeating ZWCs in the stream are determined, say U+200D and U+2060. Now every two consecutive occurrences of U+200Ds and U+2060s could be replaced with one U+2063 or U+2064. This saves a lot as redundancy was frequently observed.

We now have two layers of compression making the best use of the 6 invisible characters! Awesome!

So combining all of these, two of my friends and I built StegCloak, a pure JavaScript steganography module designed in a functional programming style to achieve what is said above.

Here’s a quick demo of it :

We hope you enjoy it as much as we did building it! 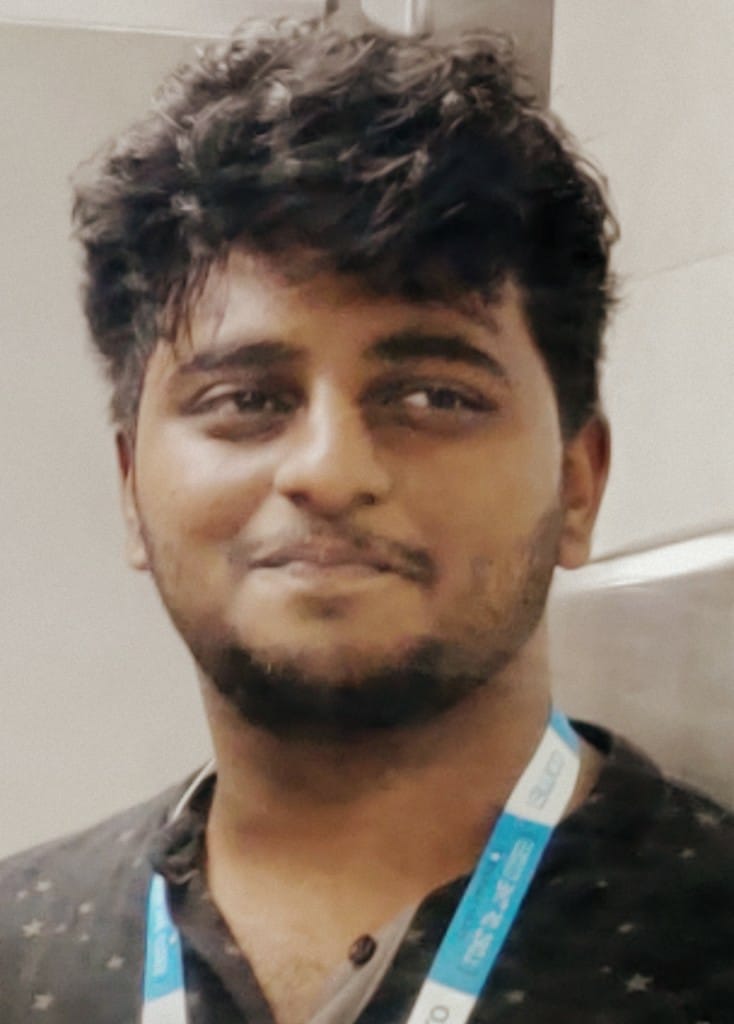 I love to build mad science stuff for myself and others. JavaScript nerd and a Student.