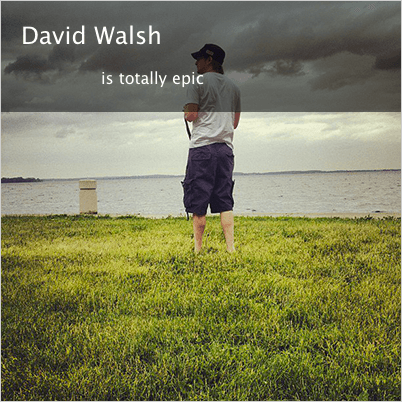 Google Plus provides loads of inspiration for front-end developers, especially when it comes to the CSS and JavaScript wonders they create. Last year I duplicated their incredible PhotoStack effect with both MooTools and pure CSS; this time I'm going to duplicate their map fold-in effect. This effect uses 3D CSS animations which makes the animation even more sexy, and to make it red host, the animation requires no JavaScript!

There's a series of HTML elements that need to be in place to accomplish the effect and keep the content in place:

The CSS to complete this animation is quite interesting, and there's probably less of it than you'd think:

I get the feeling we'll be seeing a lot more of this animation in the future; a folding billboard is a nice effect and takes very little space. As evidenced above, there's also very little CSS required so there's a large payoff for so little code. I do think this effect looks better when an image is animated in -- it's easier to visually see the transform.