Popular:
How to Reverse Engineer OS X and iOS Software
Building Resilient Systems on AWS: Learn how to design and implement a resilient, highly available, fault-tolerant infrastructure on AWS.

How to Reverse Engineer OS X and iOS Software

When reverse engineering a binary, you should now where executable code is situated inside it. Knowing binary structure is paramount in successfully learning how to reverse engineer software.

Executable binary format. Mach-O format of executable are very commonly used among the systems based on Mach kernel. It can be contained in either 'thin' binaries or 'fat' binaries. While thin binary has a sole Mach-O executable, fat binary can have many of them at once. Fat binaries are usually employed to combine executable code in a single file.

Header. The most important part of iOS or OS X executable is the header. Header is the first thing that loader reads when loading image. Thus, header is something that every binary starts with. Header always begins with a magic number that serves identification purposes. Different types of binaries employ different headers, with thin binaries using mach header and fat binaries using their own fat header, used to describe where all the mach headers in the binary are located.

The fat header starts with the 0xcafebabe magic number and contains information about every executable that resides in the binary file: CPU type and subtype, file offset and align values.

Mach Header of the first executable in 'fat' binary

Each mach header starts with the 0xfeedface magic number and contains general information about the executable, such as target CPU type, subtype, loading options and load commands count and offset. Load commands provide the crucial information for loading image:

Segments. Large parts of executable that are mapped to a certain virtual address space by the loader are called segments. Segments are divided by sections, each storing a certain type of information.

Section 'text' of the 'TEXT' segment

All segments are byte streams. They start with command type and size, which may vary from one command to another.

Symbol tables. All currently used symbols, both locally and externally defined, as well as stubs, generated via external calls executed via import table, are contained in the main symbol table.

Table is divided depending on whether the symbol is local, external, or debug. Each entry represents a certain part of the code via specifying name offset in the string table, ordinal section, type, or any other specific information.

Names of symbols from the main symbol table are contained in a separate string table. Another dynamic symbol table links each import table entry to the corresponding symbol. There is also a separate table with necessary data employed by dynamic loader for each external symbol.

Code signature. While code signature is freely available via open-source, just as in many other open-source projects, it is pretty badly documented. It can be viewed and managed by the codesign tool that allows to work with different signature parts. The location of code signature within the binary file is provided by the corresponding load command.

Code signature itself contains its own header, which starts with the byte sequence:

The header is followed by the signature slot indexing byte-pair, where the first byte is a type and the second is a signature slot offset. Offset points to the beginning of a particular slot.

Each slot starts with the sequence of two bytes:

Code signature slots are intended to contain a number of important things such as:

Entitlements, resources and code signing requirements are simple bytestreams of particular files situated inside the bundle.

What else you need to know

Architecture. Nowadays, every desktop device employs x86-64 CPUs, while mobile devices usually use some variation of ARMv7 or ARMv8 architecture. Knowing instruction sets of a particular CPU architecture is very important for successful algorithm reverse-engineering. It is also very beneficial to know calling conventions and various ARM specifics, such as thumb mode or opcodes format.

Caches. In modern software, a single file called shared cache is used to merge all system frameworks and dylibs. It is located at /System/Library/Caches/com.apple.dyld/.

Mac provides some tools for iOS and OS X reverse engineering out of the box. Tools in question include:

Additionally, many third-party tools and utilities are also available, that can help you with OS X and iOS reverse engineering process. Examples of such tools include:

Learning how to reverse engineer OS X software or iOS apps can be quite a challenge. It requires both advanced knowledge and experience with programming in order to understand the structure of the software and the intent of the person writing it. However, by going at it and sticking to it, anybody can learn OS X and iOS software reverse engineering, and the skills, gained in the process will greatly benefit you when it comes to improving your own software. 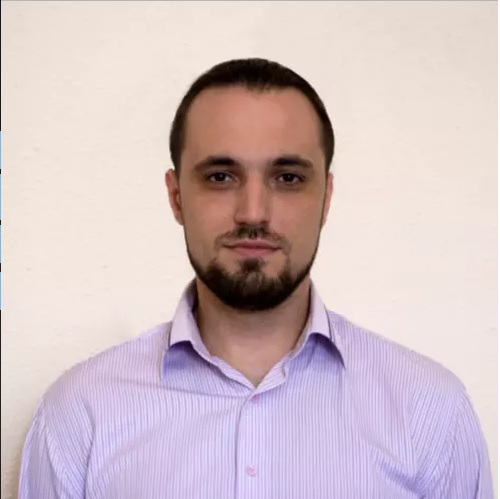