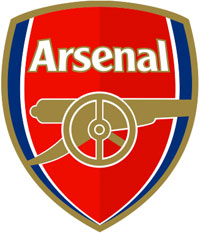 One of the most awesome parts of the Dojo / Dijit / DojoX family is the amazing GFX library.  GFX lives within the dojox.gfx namespace and provides the foundation of Dojo's charting, drawing, and sketch libraries.  GFX allows you to create vector graphics (SVG, VML, etc.) using a coherent, flexible API.  With GFX, you can create everything from static vector images to images that rotate, resize, animate, and basically anything you put your mind to creating.

I'll save going through the ins and outs of Dojo's GFX library for another time;  in this post, I'll focus on how you can take an existing SVG graphic and convert it into a Dojo GFX graphic in five minutes using Eric Brown's graphic converter!

Within the above directory you will find a svg2gfx.xsl file.  This file is the magic behind the conversion. You'll want to rename the file to svg2gfx.xslt for maximum capability with processor.

The command to run the script is as follows:

If you don't have the above package, you can easily find it with a quick Google search.

The result of running the script through the converter is a JSON file which will look something like this:

The JSON file could be relatively large (for a JSON file) but the flexibility we'll have with the end product is worth the size.

Rendering the JSON to a GFX Graphic

Hopefully you've found the process to be simple to this point.  Rendering the GFX image is equally as simple:

Start by requiring the dojox.gfx and dojo.gfx.util packages.  Using dojo.xhr you request the file via AJAX.  Once the image JSON has been successfully received, you create a GFX surface, a group within the surface, and use dojox.gfx.utils.deserialize to turn the JSON into a graphic.  Done!

So Why Do This?

There are a few advantages to using JSON and GFX to build and store your graphics:

There you have it: painless graphic conversion and creation using Dojo's GFX library.  Check out my example or some of the examples that come with the Dojo SDK.