Working on Firefox DevTools has always been a dream of mine, mostly because it feels like the ultimate way to give back to the development community and those that helped me become a success.  And when I explain who Mozilla is and people ask "Oh, so you work on Firefox?!", I can finally say "yes"!

Of course working on Firefox DevTools isn't without its problems, the biggest being that Firefox takes forever to build.  And its effect on a MacBook Pro's CPU?  Well...here's a recent photo of me building Firefox: 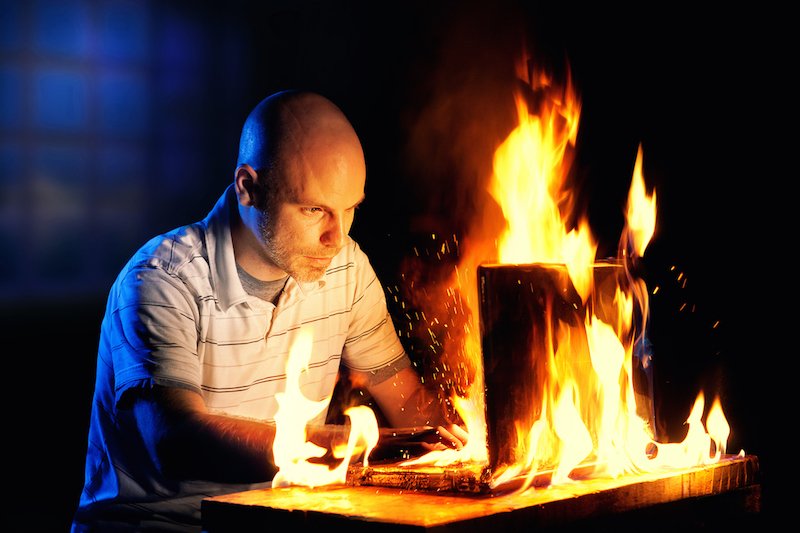 Start by creating a mozconfig with the following contents:

The trigger a build using mach:

Firefox builds go from an hour (and potentially a call to the Fire Department) to just a few minutes.  If you're looking to help develop DevTools, Firefox, or simply have your own custom build of Firefox, jump on artifact builds -- these mozconfig directives are worth the time!